Channel 5/Whitworth Media, “Chris Tarrant: Extreme Railway Journeys – The Alps”, Chris travels thousands of miles by train across mountains, deserts, jungles and warzones.  In the Alps he investigates the evolution of mountain railways, following their progress to the spectacular roof of Europe. In a separate episode Chris travels along the routes of the Holocaust. Fixer in Austria, Switzerland & Germany.

BBC Two/Hopscotch Films BBC Two, “Stop All the Clocks: WH Auden in an Age of Anxiety”, thirty-five years after his BBC film The Auden Landscape, director Adam Low returns to the poet and his work. Fixer in Austria.

Bridgestone/Stamp Productions, “No Matter What: Pierre Vaultier” & “No Matter What: Fabian Hambüchen”, are doc features in which Bridgestone celebrates the spirit of perseverance. It is a campaign celebrating ambassadors and their struggles to achieve sporting success. Pierre Vaultier has won a total of two gold medals in the Olympic snowboard cross. Fabian Hambüchen is 2016 Olympic horizontal bar champion. Filming in Austria & Germany.

History Channel/Karga 7 Pictures, “Hunting Hitler”, Series 3, Episodes 2-5, after declassified FBI files about Hitler have been released, a group of specialists work together to try and find the truth of Hitler’s supposed death. The show was conceived due to the declassification of Federal Bureau of Investigation documents from 1947. Fixer in Austria and South Tyrol (Italy), support in Germany

BBC Four/Open University “Genius of the Modern World – Freud”, series in which Bettany Hughes retraces the lives of great modern thinkers. She travels to Vienna on the trail of Sigmund Freud, the father of psychoanalysis.

Channel 4 “Travel Man – 48 hours in Vienna”, Richard Ayoade goes to Vienna with comedian Chris O’Dowd to sample the sausages, cakes, wines and spirits. The pair also take a hot-rod tour, visit a fairground, the Freud museum and the city sewers. Travel Man won an RTS (Royal Television Society) award in the same year this episode was broadcast in 2016.

BBC Four/Open University “Vienna – Empire, Dynasty & Dream – The city that tells Europe’s story” 3-part series, the rise of one of the great cities of the world, and how the fabric of the city today is a window into a past of power, religion and culture.

Channel 5 “Cruising with Jane McDonald – The Danube”, Jane sails the Danube on one of the most luxurious ships of its type as she makes her first foray into the realms of the river cruise.

Discovery Channel/October Films “Outrageous Acts of Science/You have been warned – Hot Air Ballooning Underground”, the incredibly highly skilled Guinness World Record holder Ivan Trifonov is the first person to ever drive a hot air balloon underground. Amazing footage is shown as he completes this incredibly dangerous task. The show is a fast-paced countdown of the world’s top 20 YouTube science stunts and experiments.

Travel Channel “Bizarre Foods, Delicious Destinations – Vienna”, Andrew Zimmern samples the cuisine of Vienna and enjoys Sachertorte, an Austrian dessert dating back to the 1800s, and other classics such as schnitzel, frankfurter sausage and more enjoyed by emperors and commoners alike.

ITV “Long Lost Family” Series 6, Episode 1, the award-winning documentary series returns to ITV as presenters Davina McCall and Nicky Campbell reunite more family members with their missing loved ones. Father and daughter are reunited in the small town of Hameln in Germany.

Travel Channel/Karga Seven Pictures “Could I live there?”, every year 20 million people relocate to a foreign country.  It’s the decision of a lifetime. In each episode, one couple will travel to a foreign country that could become their new home.  With only a few days to decide… what will they do?

Channel 4/Plum Pictures “George Clarke’s Amazing Spaces”, Series 5, Episodes 1-8, George Clarke explores the extraordinary world of small builds, where people turn tiny spaces into the most incredible places to live, work and play. He even tries making a few of his own. Fixer in Germany & Austria

Travel Channel/Susie Films “Jackson Wild: Austria: EJ vs. Dane”, what if you could make a living by traveling the world with your family? The Jacksons are the “First Family of Kayaking” and are doing just that. In Austria they take on paragliding the Alps & battling on the Sickline Extreme Kayak World Championship.

Channel 4/Betty TV “Burger Bar to Gourmet Star” Series 1, Episode 2, some of Britain’s best chefs train up some of the country’s worst. The newbies then pose as seasoned professionals in world class kitchens. Self-confessed ‘terrible cook’ Aylin leaves her Welsh burger van behind to be trained at Manchester House and then travels to the two star Michelin restaurant Taubenkobel in Austria.

BBC Two: “James May’s Cars of the People”, Top Gear presenter James May discovers how the car became an everyday part of normal people’s lives. This is the story of how the world fell in love with motoring. Germany Fixer.

Google Europe/Across the Pond Productions “Mailüfterl: an Austrian star of European computing”,  the Mailüfterl ran its first calculation on May 27, 1958 and became mainland Europe’s first fully transistorized computer—and one of the earliest in the world. Austria Fixer, translator, interviewer.

BBC One/Wall to Wall “Who Do You Think You Are? – Marianne Faithful” Series 10, Episode 9, singer and ’60s pop icon Marianne Faithfull  investigates her mother’s earlier life, as a dancer in 1920s Berlin. Marianne also discovers her half-Jewish mother’s precarious existence in Vienna during World War Two and investigates whether there is any truth in the rumour that the family was involved with the Austrian Resistance. Austria Fixer.

BBC Four “Pappano’s Essential Ring Cycle”, to celebrate the bicentenary of Wagner’s birth, Sir Antonio Pappano, the charismatic music director of the Royal Opera House, guides through the epic composition which changed opera and the theatre for ever – the Ring of the Nibelungen. Germany Fixer.

History/Kensington Media “Museum Secrets – Vienna” Episode 13, a visit to the premises of the Kunsthistorische Museum, where secrets about Cellini’s Saliera, exploding 15th century armour, the Waltz, an Alchemist coin, an Emperors falconry gear and the Royal Portraits of the Habsburgs are revealed.

BBC One „Around the World in 80 Days-Children in Need“, six pairs of celebrities are set to race against the clock in Around The World In 80 Days – an ambitious global relay, re-enacting the epic odysseys of Phileas Fogg and Michael Palin for a 21st-century audience. Austria/Germany Fixer, leg 1 withComedians Frank Skinner and Lee Mack.

CBC/Summerhill Entertainment Inc. “The Life and Times of Frank Stronach”, documentary about a billionaire entrepreneur, owner of the leading global supplier of car parts Magna Inc, and modern-day philosopher with insight from family, friends and industry insiders. Austria Fixer.

BBC Correspondent “The Haider Show”, documentary investigating the Austrian right wing politician and phenomenon Jörg Haider and his use of language, fashion and symbolism to catch votes.

CBC/NK Productions “No Kidding”, documentary by Academy Award Winner John Zaritzky about the search for the funniest joke in the world. Berlin episode.

BBC One/Discovery Channel/Lion Television “Cleopatra – Portrait of a Killer”, based on new and exclusive forensic evidence, this new one-off 60-minute special reveals a darker and more ruthless side to the Queen of Egypt.

Channel 4/Blakeway Productions (London) “The Secret of the Austrian Cellar”, (Researcher/Translator) the story of Elisabeth Fritzl, who was locked in a cellar and repeatedly raped by her father over 24 years.

Channel 4/Rex Entertainment (London) “KZ”, 92” award-winning documentary (incl. Amnesty International award) on the consequences, then and now, of life in and around the former Mauthausen concentration camp and the village of the same name.

The Travel Channel/West Park Pictures (London) “Walking the World”, Austrian episode of a ten-part documentary series about the most spectacular walks along historic trails.

3Sat/ORF Religion “Tomorrow is just another day”, documentary about the daily life of long-term patients in a mental home near Vienna.

Fischer Film “Slatin Pasha”, documentary about a man who started off life in the poor area of Vienna in the mid 1800’s, later was appointed to become the Governor of Darfur, and after General Gordon’s death became a friend of Queen Victoria. LM for Durham shoot.

CTV/Paperny Films (Canada) “Confessions of an Innocent Man”, Field Producer, documentary about the personal journey of William Sampson through his ordeal of imprisonment and torture at the hands of Saudi officials. London.

Wega Filmproductions “The Secret of the Sherpas”, Nepal, a documentary where Mingma-Dorjee Sherpa leads on a journey through the Himalayan mountains on the search for the historical and cultural origins of the Sherpa. 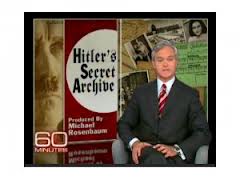 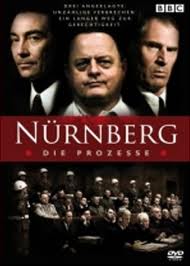 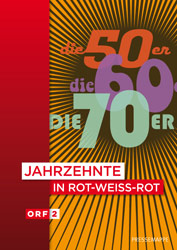 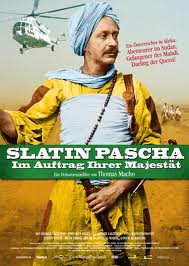 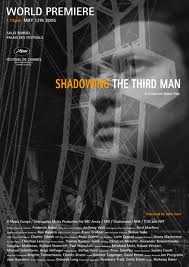